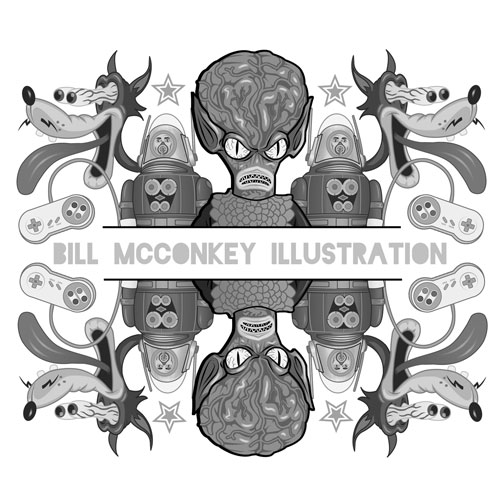 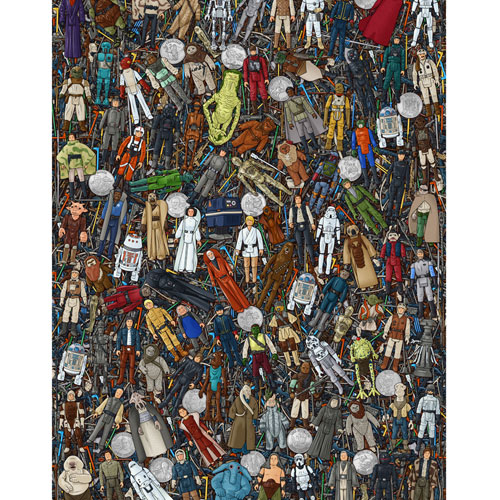 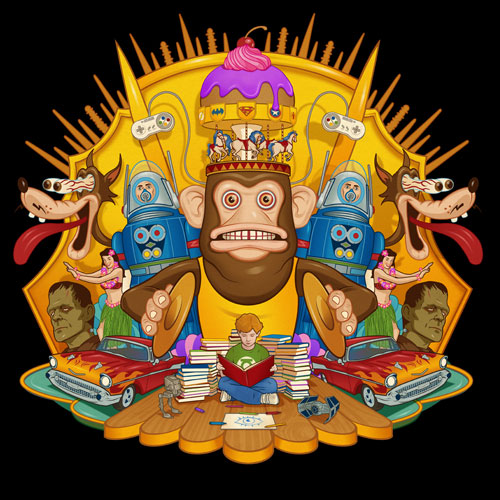 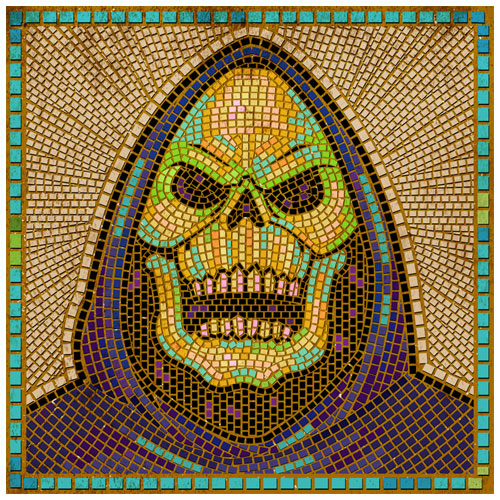 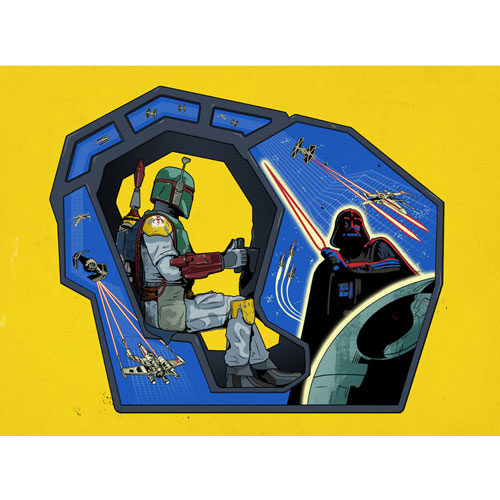 Born the son of a coal miner and the middle child of 4 boys in Pontefract, West Yorkshire in the 80’s, it became apparent from an early age that Bill had an aptitude for art, this would eventually lead him to the path of his dream job in illustration.

For over 15 years award-winning illustrator Bill McConkey has been one of the UK’s busiest editorial artists, creating images for the nations biggest publications

His Toybox series has gained a massive online following, each image collects together toy and action figure lines that date back to the artist growing up in the 1980’s.

Away from the pressures of creating images to deadlines, Bill spends weekends in the South Yorkshire countryside with partner Alison and cat Luca.

By continuing to use the site, you agree to the use of cookies. more information